After an initial conversation, we will send one of our roofing experts to perform a free initial estimate.

Our roofing experts will explain what they see as the right solution for your roof and, if warranted, suggest you follow up with your insurance company.

Our specialists are trained to deal with insurance companies. We are here to guide you through the whole process of filing a claim.

After agreeing to a time that works with your schedule, we will install your new residential roof.

Relying on integrity and professionalism above all else, our Houston roofing company is fully committed to providing you with quality roofing solutions customized to your specific needs. From the moment you reach out to us and we start your Houston roofing project, you can expect only great work and professional guidance every step of the way, especially when it comes to the often stressful storm damage repair and insurance claims process.

Customer satisfaction is our number one priority, so we will go above and beyond to make sure all your needs are met. Innpreccon Roofing is your best roofing company in Houston, TX, and with us, you can expect:

Get a Free Consultation

I was very satisfied with the service this company provided. My new roof looks great. The workers finished their job in a timely fashion and did not leave a mess. I would recommend them to everyone.

Everyone was extremely friendly, professional and helpful. Workers showed up on time, cleaned up as they worked and I had a brand new roof in a matter of hours. The entire crew was awesome!

Innpreccon Roofing, LLC did an outstanding job on my roof. We bought a fixer home and … the crew was amazing…they were also the best price. Definitely recommend this company.

Innpreccon Roofing has been serving the greater Houston Texas area since 2016.

Everything your home roofing system may need, our residential roofing team has got it covered! From roof maintenance and roof repairs to a full roof replacement, you can count on our expertise, skills, honesty, and transparency.

Innpreccon Roofing works with top manufacturers and high-quality materials to guarantee the best roof replacement service and workmanship to our clients. We have thousands of successful roof installation and roof replacement projects behind us, and just as many happy homeowners.

When faced with leaks, hail damage, or other storm damage, our Houston roof repair team is at your beck and call. We have helped thousands of homeowners in the Houston area deal with storm damage repairs, and we’ll happily help you, too.

Asphalt shingle roofs are among the most popular and cost-effective roofing options, and our roofers in Houston will make sure to install or repair them at the highest industry standards.

Whether it is a roof repair, full roof replacement, roof maintenance, new roof installation, storm damage repair, or help with your insurance claims process, Innpreccon Roofing has got you covered! In all our roofing work, we employ the greatest attention to detail and listen to the needs and wishes of our homeowners. With our roofers in Houston, you will always be in the best possible hands and your residential roof in the best possible shape.

Get a Free Roof Inspection

The cost of a new roof can be a significant investment for a homeowner. That is why Innpreccon Roofing offers free estimates on roof repairs and roof replacements.

Our specialists will conduct an in-depth roof inspection and provide a detailed report on its condition and the necessary roof repairs that are recommended.

All our roofing contractors at Innpreccon Roofing have gone through extensive training and have more than 150 years of combined experience. They are fully licensed and insured, and will go out of their way to make sure you are safe and comfortable under your roof.

Innpreccon Roofing is proud to have highly skilled Houston roofing contractors who use only high-quality roofing materials. That is why we offer an unmatched warranty: 3 years on our labor and 30 years on the roofing material. Not many of our competitors can say that!

Your roof is the first line of defense against wind, water, and hail damage. After many years, numerous storms, and all types of storm damage, it may be time for some repairs. Our specialists are trained to deal with your insurance companies and have assisted hundreds of homeowners in getting properly paid for all necessary repairs and replacements. We are here to guide you step-by-step through the whole insurance claims process.

Benefits of a New Roof in Houston

Living under a damaged or worn-out residential roof can be dangerous. A leaky roof can allow water into your home and possibly cause property damage. It may also lead to the formation of mold spores which pollute the air your family breathes. Replacing the entire roof will be the best solution both for your safety and your budget.

Homeowners who have a new roof installed can expect to recover an average of 67-70% of the roof installation cost through increased home value, as well as higher energy efficiency that will lower the utility bills. Talk about money going back into your pocket.

An older roof can allow heat to escape from your house, while a newly installed residential roof with a strong seal lowers your heating cost. Also, take into consideration the advancements in material science that have taken place since the installation of the original roof of your home. Better material equals more efficiency, which ultimately means more money you save.

How many more storms can your old roof handle before it begins to leak through? Ease your mind by installing a new roof that is solid and warrantied, keeping both your property and family safe and dry.

Get a Free Consultation 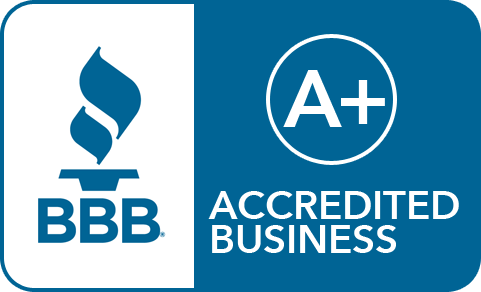 About Our Houston Roofing Company

Innpreccon Roofing has been serving the Houston area since 2016. Family-owned and operated since its establishment, our roofing company strives to offer the best roofing experience, unmatched customer service, and the highest quality roofing services to our clients. In our years in the roofing industry, we have expanded throughout Houston and surrounding areas, helping thousands of satisfied clients with their residential roofing needs.

At Innpreccon Roofing, we work with top manufacturers: Owens Corning and GAF. We are an Owens Corning Preferred Contractor and a GAF Certified Roofer. We use the highest quality shingles and materials to guarantee great service and workmanship. Our Houston roofing company takes great pride in the quality and cost-effective residential roofing work we conduct and stands behind each one. You can rest assured that with Innpreccon Roofing, our work will be done right every time. 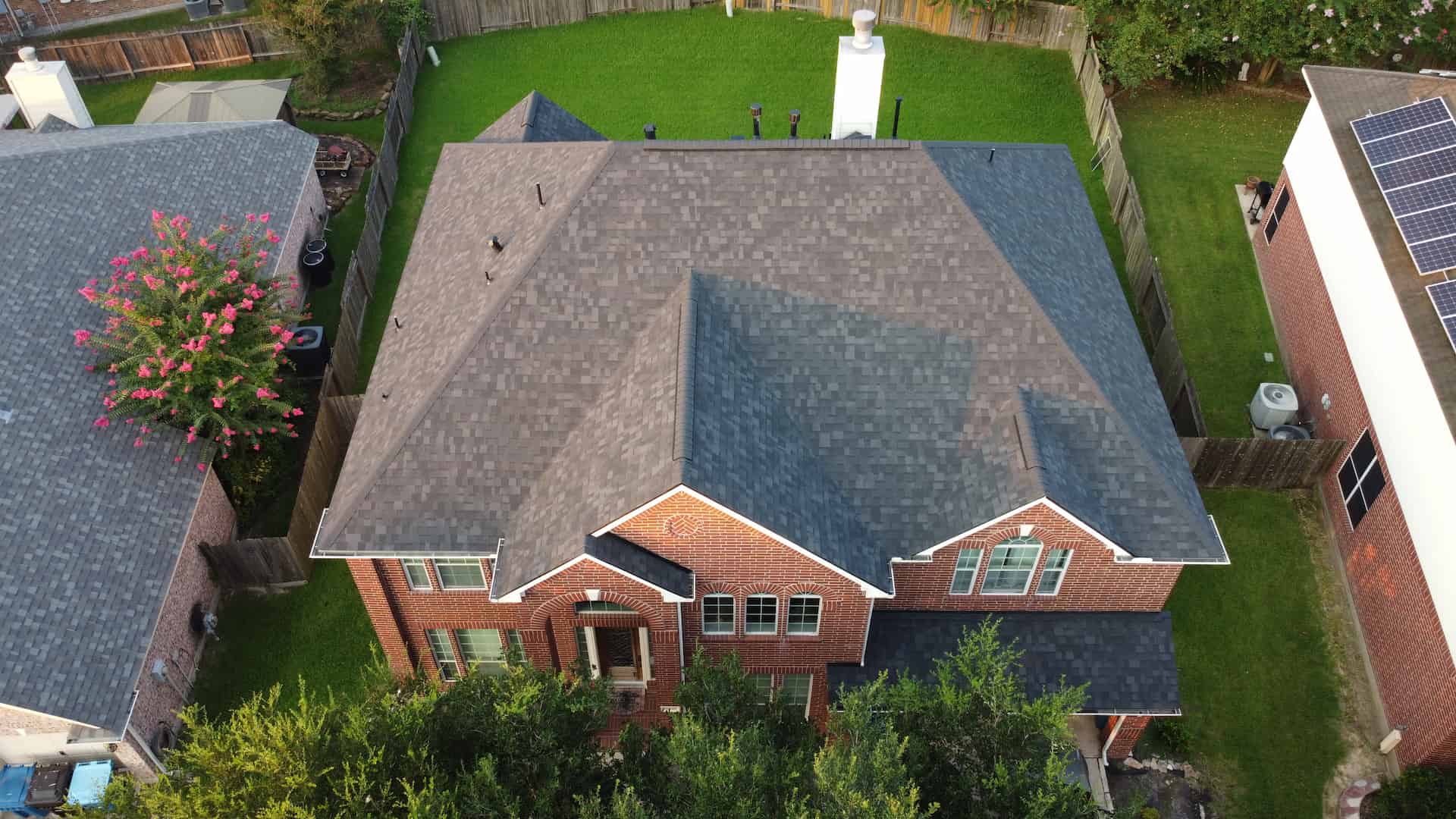 Houston is a beautiful city located in the southeast of Texas, functioning as the county seat of Harris County. It has a population of 2.31 million according to the 2019 estimates, which makes it the biggest city in Texas and the fourth biggest in the U.S.

Founded in 1836 and incorporated in 1837, the city of Houston has since developed into a global city, a cultural, economic, and industrial metropolis. It is a leader in the healthcare sector and one of the top hubs for manufacturing, aeronautics, and energy.

But what Houston is probably most known for is its contribution to space and science. NASA’s Johnson Space Center, the main center for human spaceflight and home to Mission Control Center, is located in Houston and it is, unsurprisingly, one of the town’s top tourist attractions. There is a visitor’s center where one can see and learn a lot about the space program.

Innpreccon Roofing has been serving the Houston area since 2016. Family-owned and operated since its establishment, we strive to offer the best experience and highest quality service to our clients. In our years of business, we have expanded throughout Houston and surrounding areas, helping thousands of satisfied clients with their roofing needs.

At Innpreccon Roofing, we work with top manufacturers: Owen’s Corning and GAF. We are an Owen’s Corning Preferred Contractor and a GAF Certified Roofer. We use the highest quality shingles and materials to guarantee great service and workmanship. Our company takes pride in our work on every project and stands behind each one. You can rest assured that with Innpreccon Roofing, our work will be done right every time.